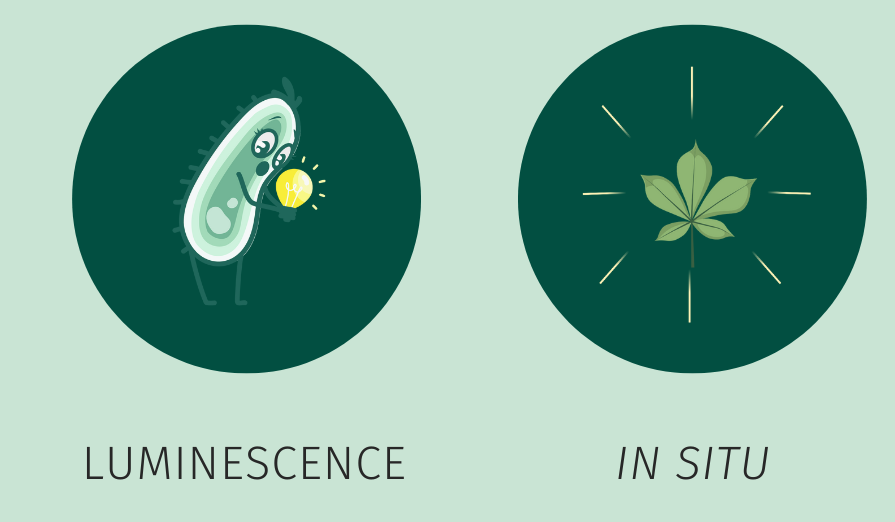 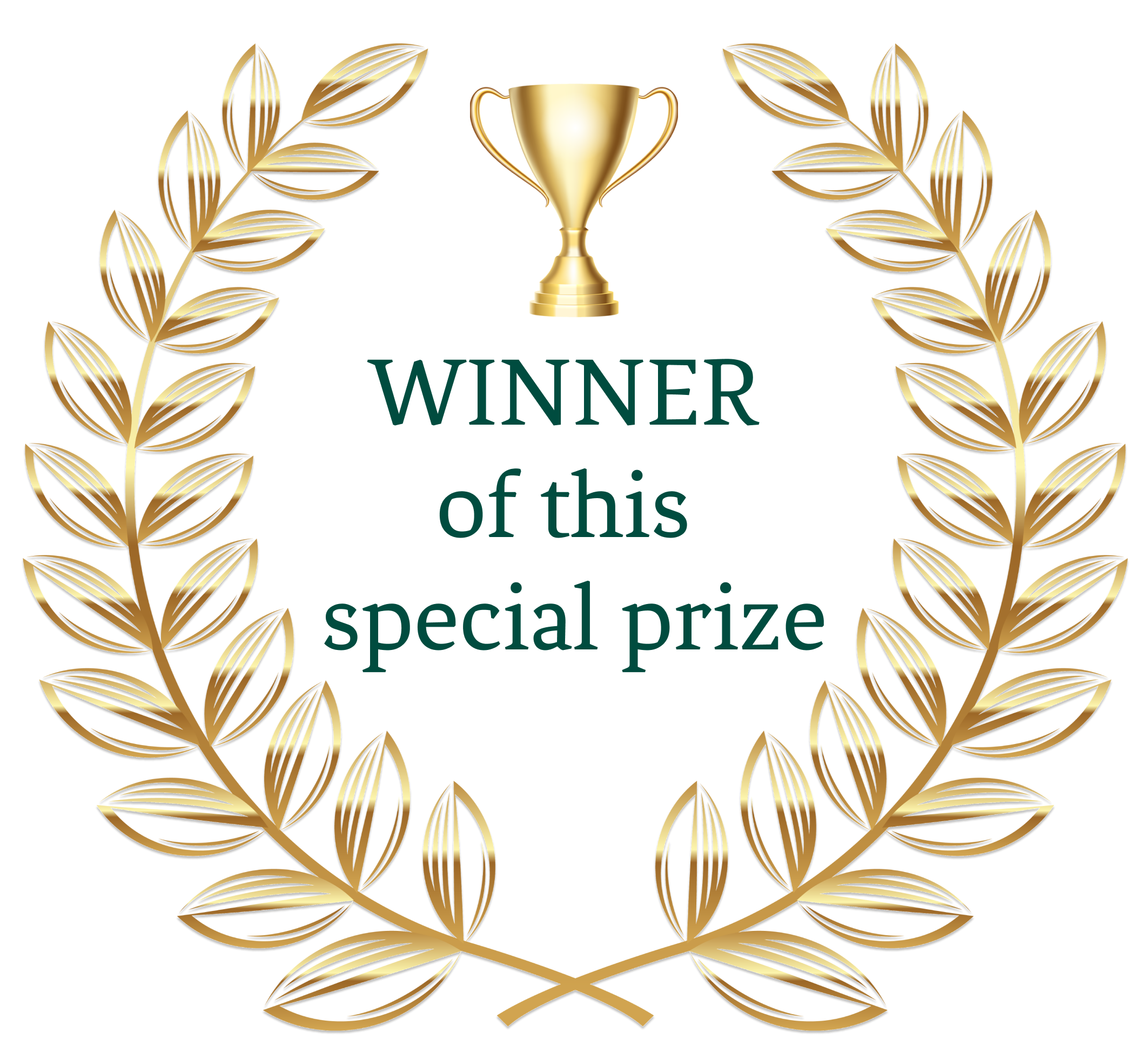 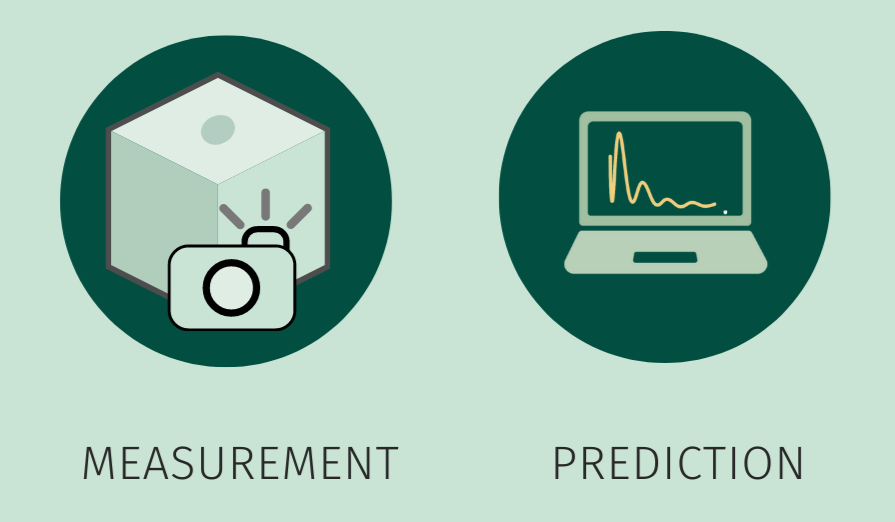 We hadn’t planned on constructing hardware when starting our project. Indeed, we were more focused on the synthetic biology and software sides of the project. However, after successfully validating our proof of concept, we started to realize the potential of our project. We investigated the benefits and drawbacks of FIAT LUX and discovered that the project's one major limitation was the highly expensive machine required to capture the bioluminescence (see Entrepreneurship). This would severely restrict the use of our tool to laboratories or research centers that could afford the equipment, when our intention was to give the opportunity to as many scientists as possible around the world to use it. To do this, we need to provide them with the correct resources and this includes the software as well as suitable, feasible, and affordable hardware.

We tried detecting the luminescence produced by our bacteria with a simple smartphone or camera, and they were sufficient to detect it! Indeed, a strength of FIAT LUX is that it produces a big quantity of light in the visible spectrum that was more intense than we thought. This was a breakthrough for us, as we realized that an expensive machine was not necessary for the analysis. These machines are expensive for a reason: they are also designed to detect fluorescence, but this is not a feature that is needed for FIAT LUX. It is not necessary to have filters or light to excite the fluorochromes: the only thing that is needed to analyze the bioluminescence is a dark space.

FIAT LUX box is a simple and customisable chamber that was designed for future users and is adaptable for new needs. This proofer allows us to measure inner-temperature and humidity and detect bioluminescence.

We did not have access to the lab in August, so we used this time to start designing our hardware. We felt it was important to get feedback from as many future users as possible, to keep this in mind when designing our box. We thus exchanged with many scientists from the lab, and these were the specifications that were given:

These are the requirements we strived to accomplish. The only requirement we did not have time to handle was the temperature controlling: however, we were able to install temperature and humidity monitoring. We aim at developing this feature of the hardware after iGEM.

Also, we used polystyrene for the insulation. We think that it would be worth testing other types of material to find the most efficient and environmentally-friendly one, such as hemp wool, as well as a material that doesn’t emit toxic elements. 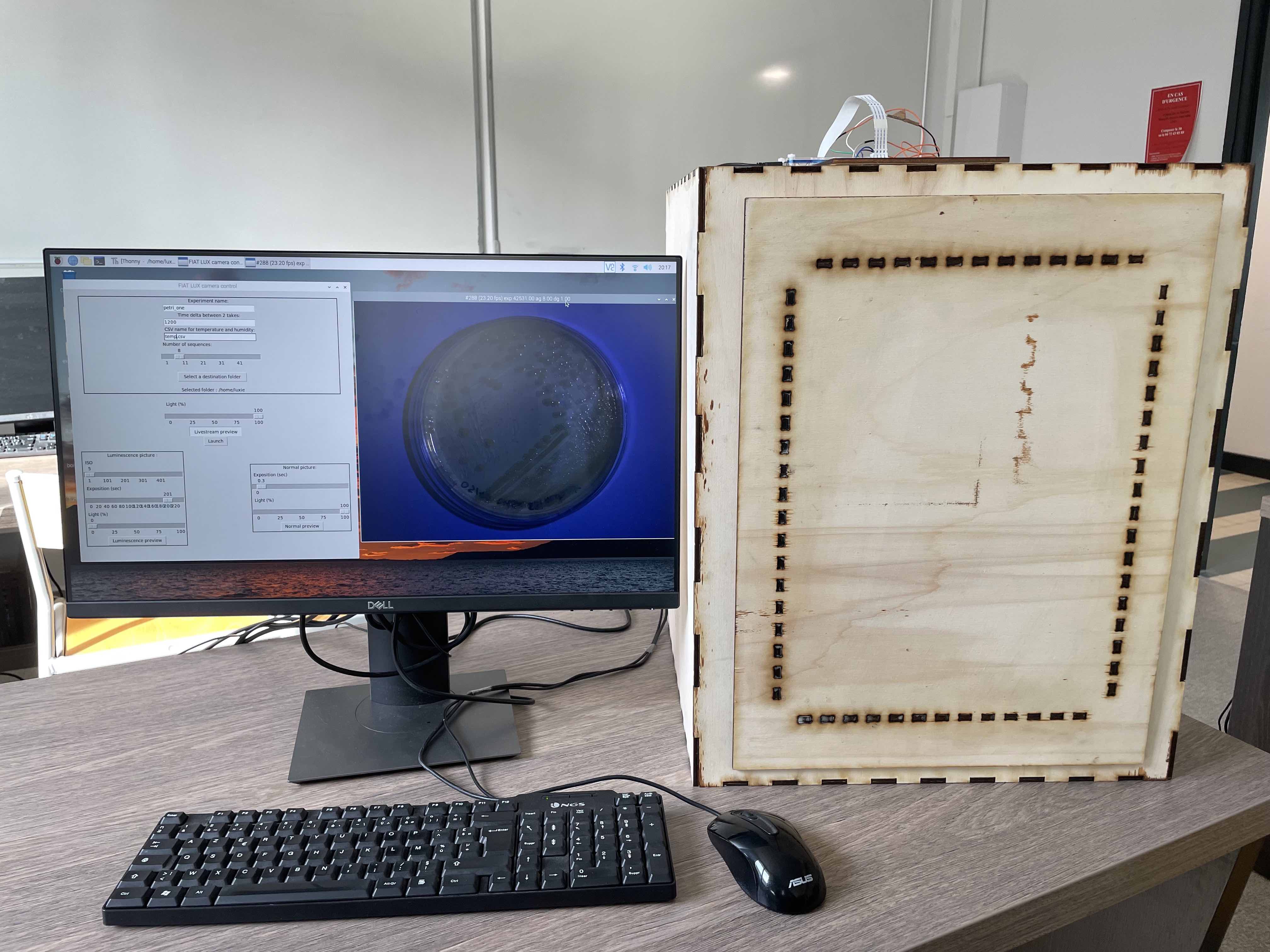 Figure 1 - Photo of our hardware with the screen and the preview running. A Petri dish or a plant can be placed inside for analysis.

The box is made out of wood and the pieces are glued together. The box was designed, so as to create a pitch black space inside, using vinyl. There is an opening to introduce the Petri dishes or plants. On the top, there is a second opening to introduce a camera or a smartphone. To reduce costs, we opted for a Raspberry and its camera module rather than a more expensive option. The camera module works with a Raspberry pi 4. Our model (with 2GB of RAM) is sufficient to support a piloting and visualization software (described on our Software page). Our hardware thus allows both image caption and analysis.

The whole box was designed for under $400, which is a highly affordable price for scientists.

The details of the construction are described below.

Choice of the camera

A smartphone is sufficient to detect bioluminescent bacterial lawn. However, we also aimed at finding an appropriate camera to efficiently detect bacteria in situ.

Figure 2 - The luminescence produced by FIAT LUX carrying bacteria (E coli DH5 alpha, carrying pSEVA531-fiatlux) is sufficient to be detected by a smartphone. Left: normal photo. Right: photo of the luminescent bacteria taken with an iPhone 12, with 10 seconds of exposure. 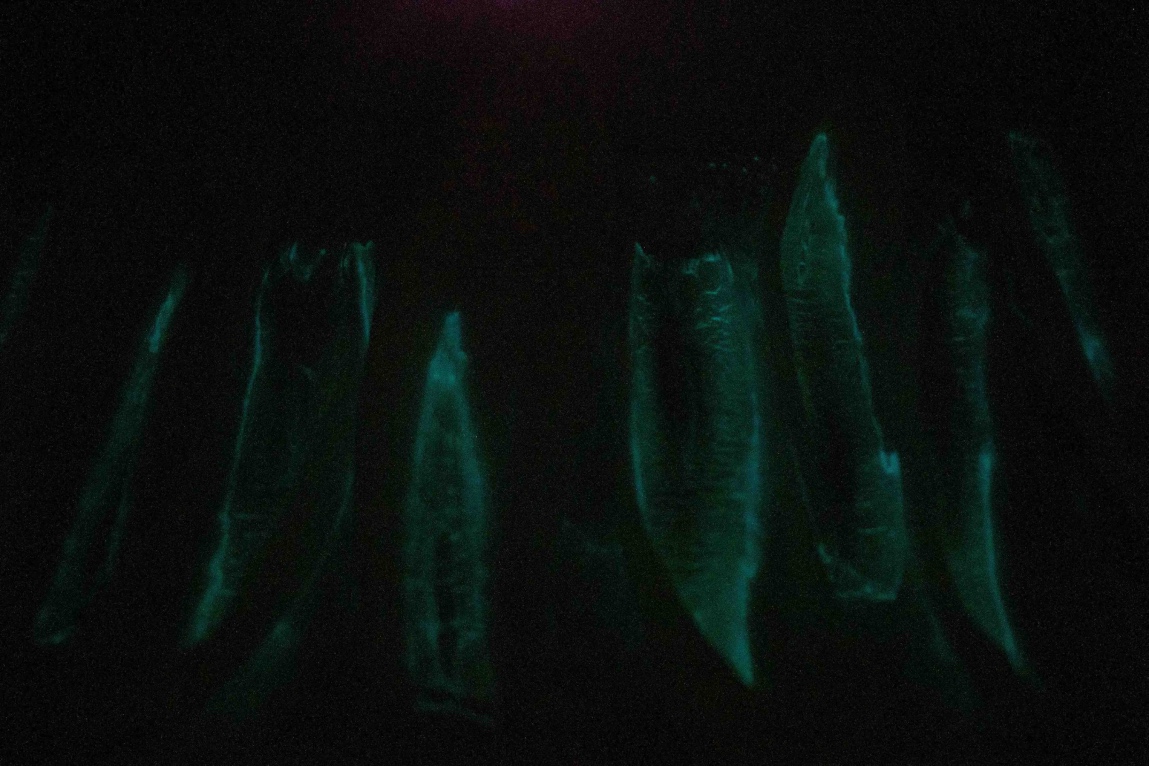 Figure 3 - Photo of belgian chicory leaves infected with our bioluminescent bacteria taken with a reflex camera, with 120 seconds of exposition

The camera’s placement is customizable according to the lens or the camera/smartphone. This aspect was important to us, as electronics evolve quickly and from an environmental point of view, we wanted to make sure that this box could be used with any smartphone/camera. 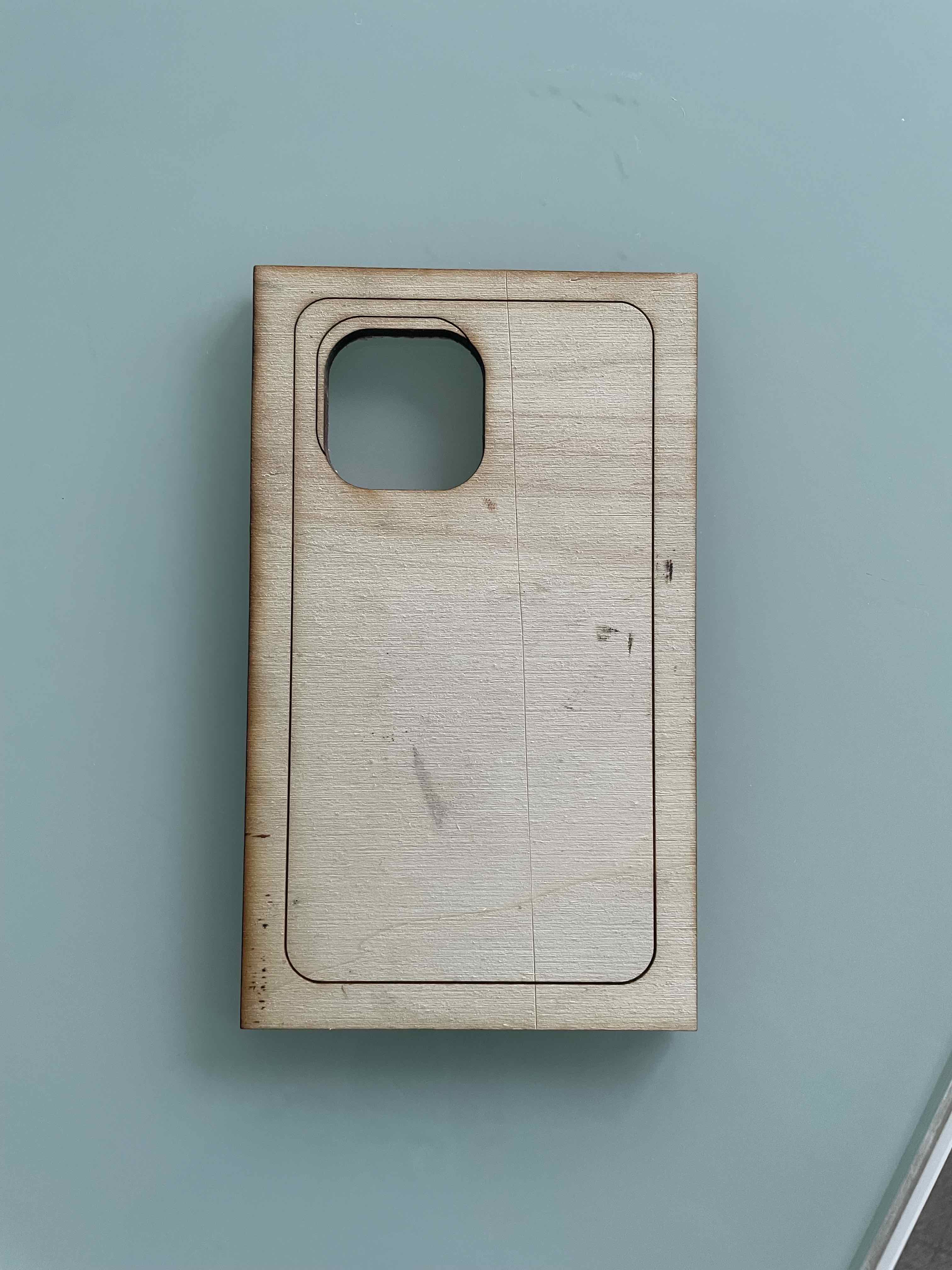 Figure 4 - Example of the adaptor for an iPhone. This was laser cut.

After roughly drawing the designs of the box on paper, and constructing a prototype, we reached out to a mechanical engineering student. He helped design and adapt our prototype for real construction, after a few more specifications. We felt it was important to optimize the design of the box as much as possible, to guarantee easy construction and easy assembly. We valued his advice and input as a mechanical engineering student, who was more qualified than us.

The proofer is made of 2 boxes, one in the other, to allow insulation between the two boxes. The size of the inside box was calculated to be able to insert at least 4 Petri dishes. The height was calculated to allow the camera to picture all four of them at once (inner box: height 45cm, width 30cm , depth 36cm). The distance between both boxes (6 cm), is a good compromise between insulation and small size.

The designs were done using Fusion 360 (a software application used to create 3D designs and run simulations to validate mechanical designs). We opted for a slot assembly (which is easier), and an opening on top of the box that is easily changeable. We also favored an easy assembly rather than a perfect thermic insulation. 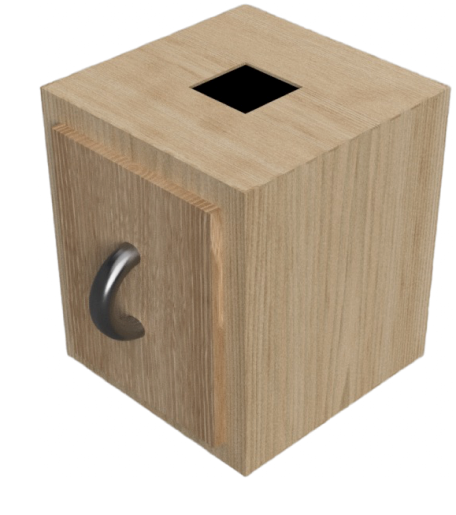 The following electrical components are included in our hardware:

These electrical components were connected by cables and soldered, thanks to the Clubelek club of INSA Lyon (an electronics club).

Here is a scheme of the electrical circuit: 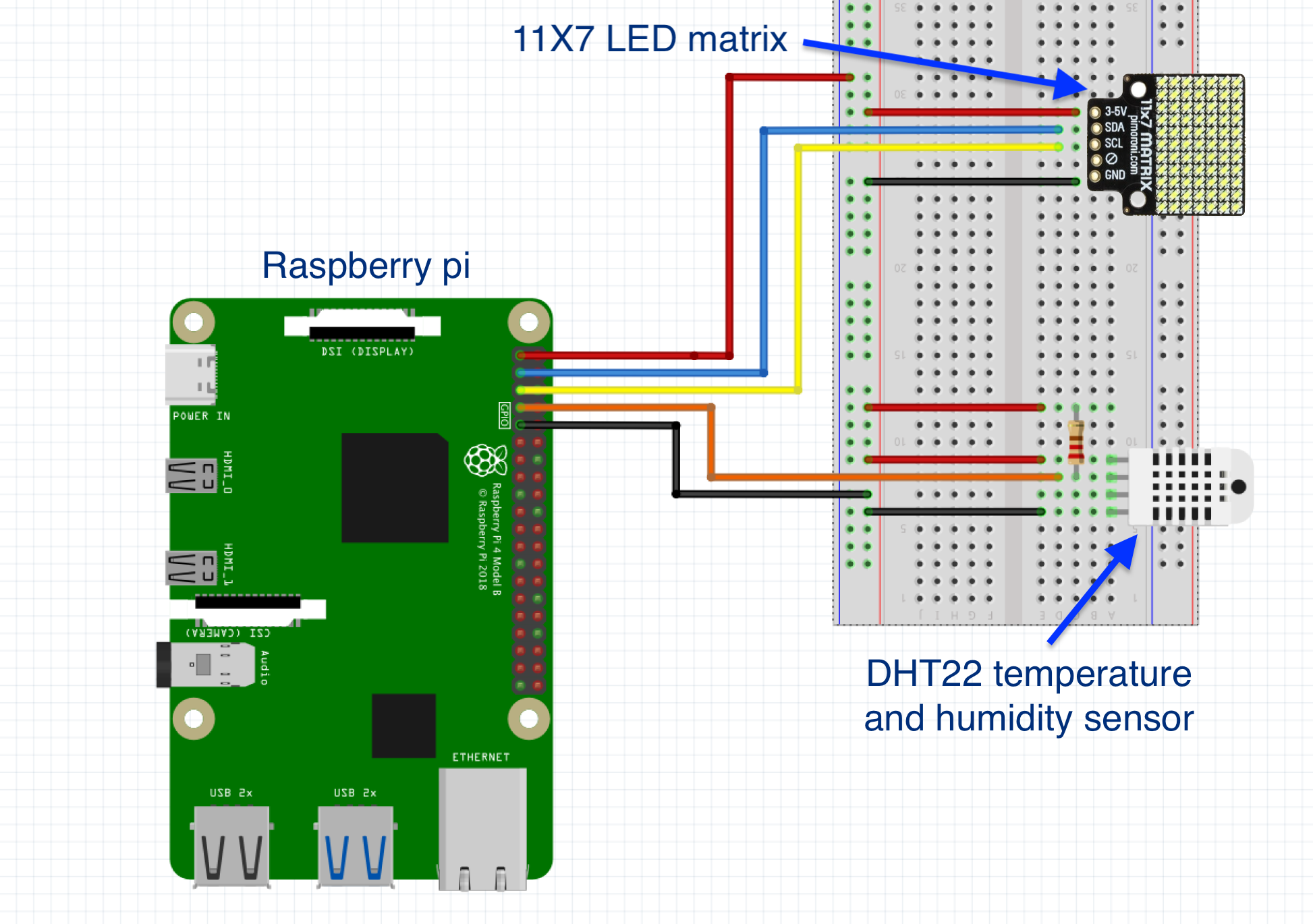 Figure 6 - Scheme of the electrical circuit of our electronic components of the hardware. This comprises the temperature and humidity sensor, the LED matrix, the Raspberry and a resistance.

We also created a simple piloting software for the camera that is user-friendly. This allows anyone to set-up the camera with a specific preview and to launch a sequence of pictures, with different conditions. The software is described on our Software page. 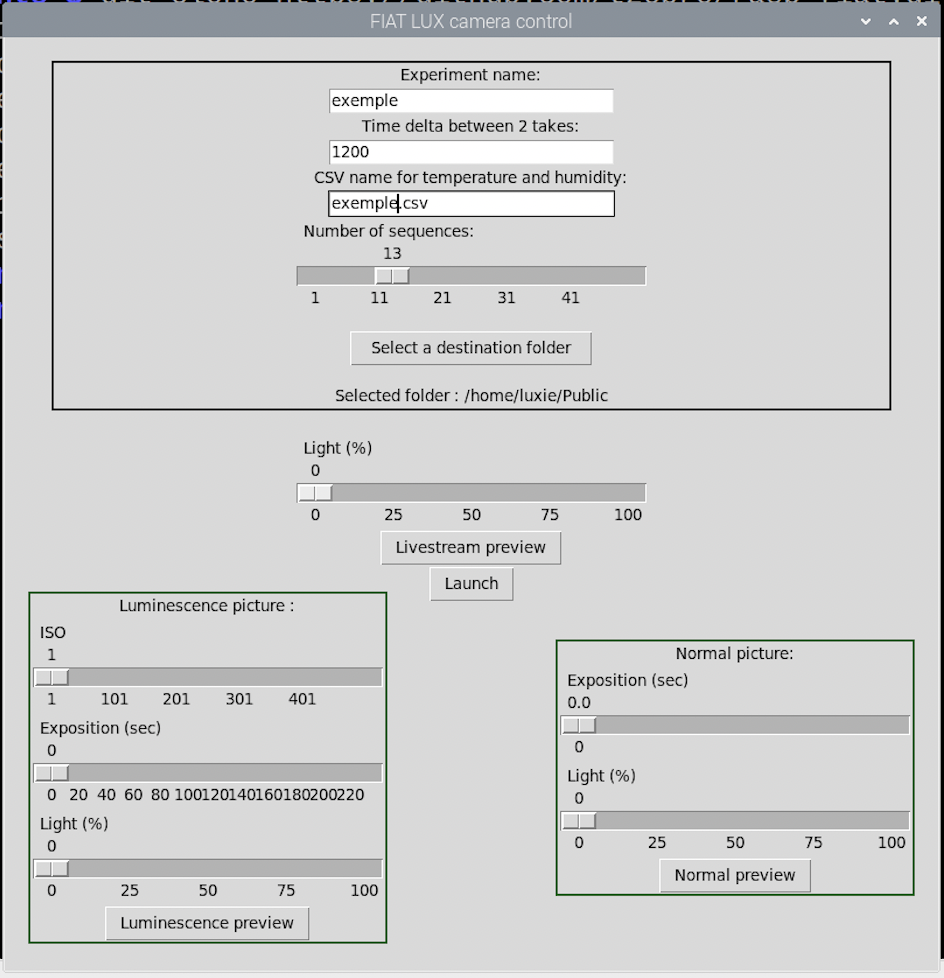 Figure 7 - Screenshot of the interface of the camera piloting software. This user-friendly interface is described on our Software page.

Assembly of the box

The sides of the box were cut using a laser, thanks to the FabLab of INSA Lyon and Université de Lyon 1 (a workshop offering digital fabrication). The sides were then glued together. 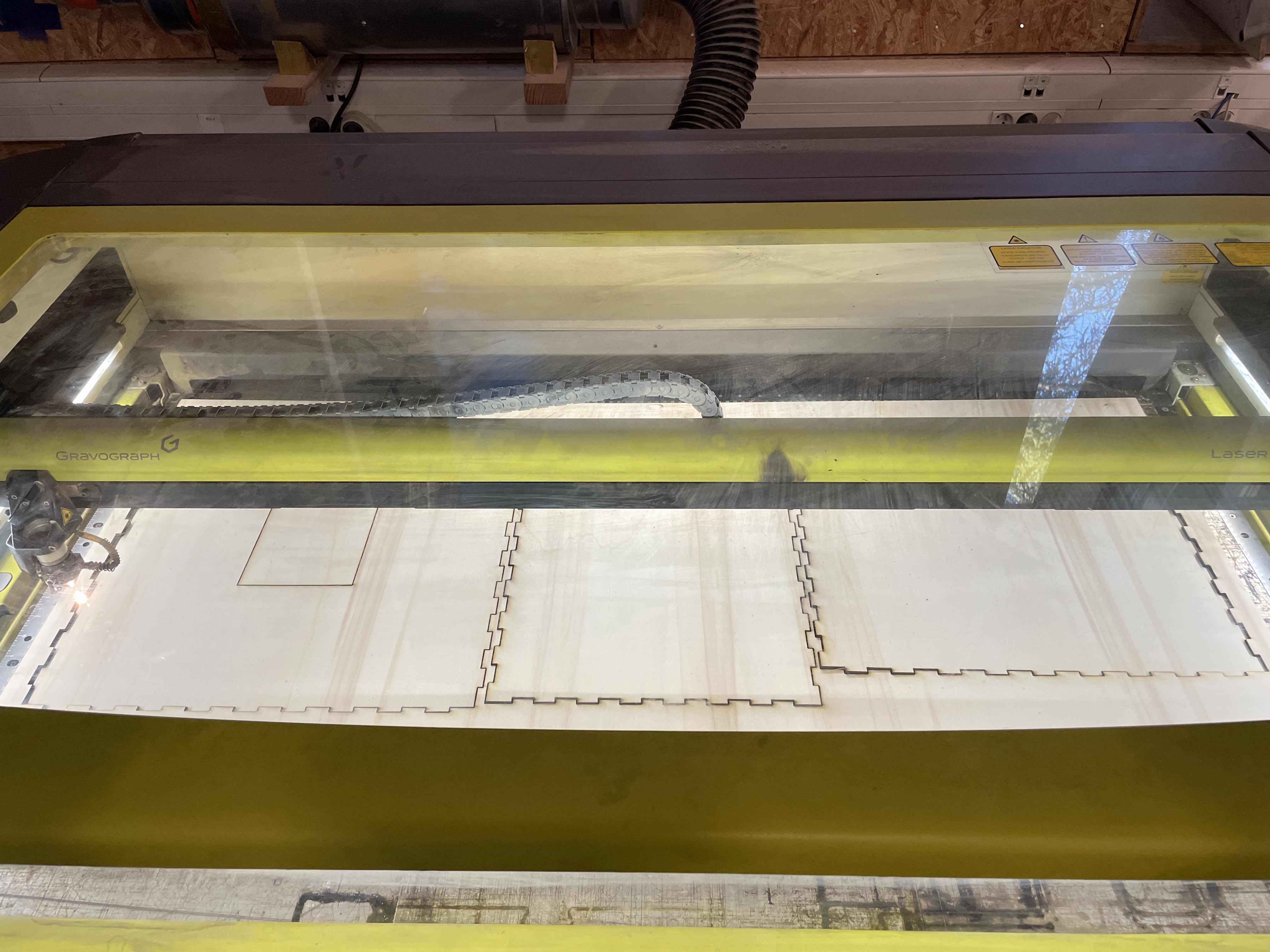 Figure 9 - Photo of the box assembled with the HQ camera, the Raspberry pi and a screen with the camera piloting software running.

The whole box with the electronics compound cost precisely 386€78.

Testing of the box

We tested our hardware by imaging bacterial colonies, and several infected plants. It was a great success. The resolution and sensitivity meet professional standards (see below). 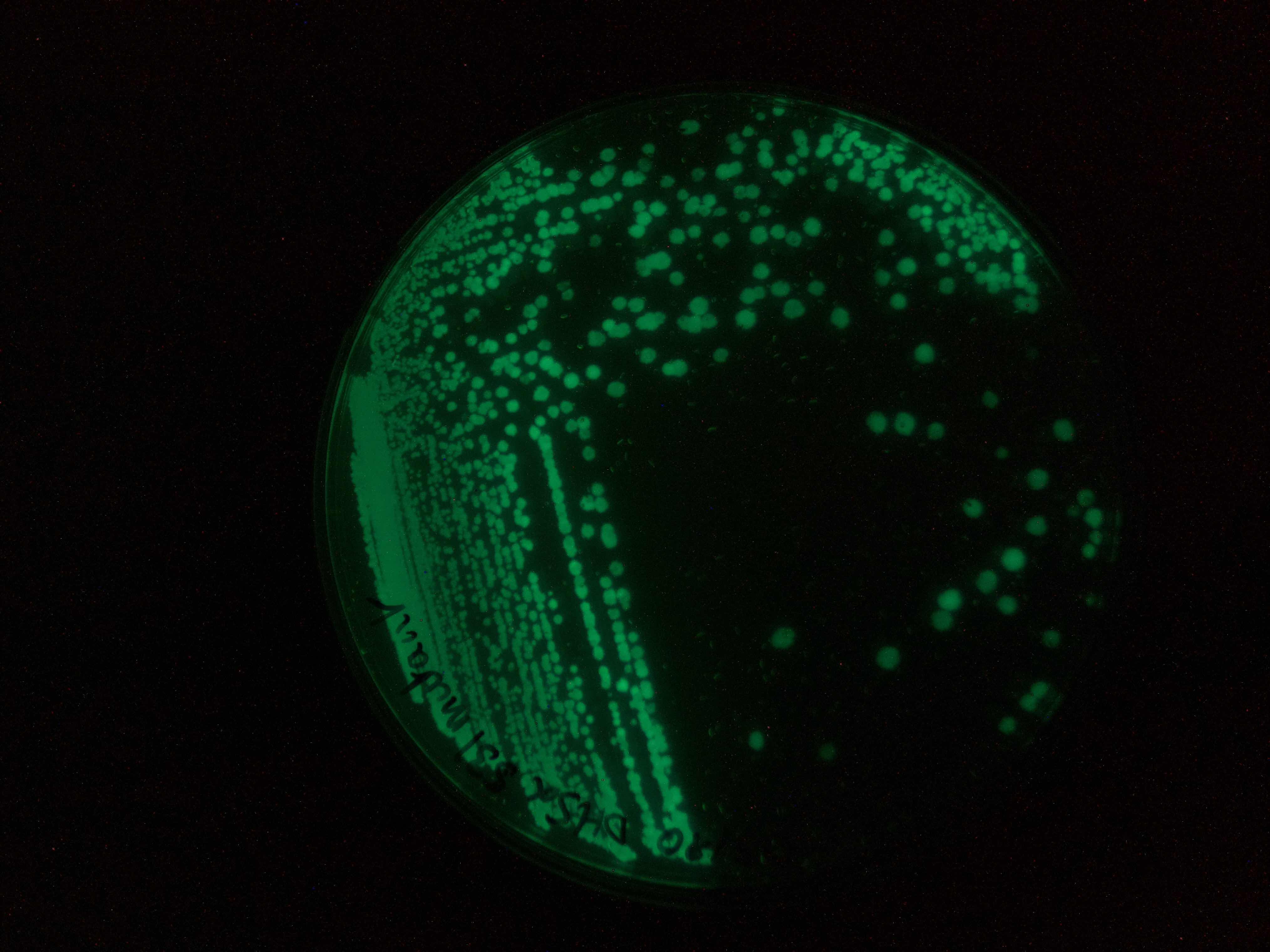 Figure 10 - Observation of luminescent bacteria within our hardware: E coli DH5alpha carrying pSEVA531-fiatlux on a Petri dish. Photo showing the luminescence with 180 seconds of exposition

Figure 11 - Observation of the luminescence in potatoes within our hardware. Potatoes infected with FIAT LUX containing bacteria (Dickeya solani). Left: photo showing the luminescence with 230 seconds of exposure. Right: normal photo (lighted with the LED matrix at 100%). Pink dots are infection point. Do not pay attention to the green colour (see explanation below).

To release exposure times greater than 30 seconds, the analogous gains of red and blue pixel values are set to 1. The resulting images are thus green. However, this is not a problem, as the analysis of emitted luminescence does not depend on the color.

The hardware we developed is fully functional, but some future improvements could be done, such as:

FIAT LUX box hence enables anyone to use our synthetic biology tool. It is feasible, easy to assemble and easy to use. It was designed in the hope of addressing a need in synthetic biology, namely a feasible device to analyze bioluminescence.

By designing this box, we thus gave the possibility to as many people as possible to use FIAT LUX as a tracking tool, but also as a reporter gene. Thus, we also helped develop a detection device to characterize parts.

We thoroughly documented our work and designs to enable future teams to construct and reproduce the box for their applications. We hope that this hardware will help future teams to efficiently characterize their biobricks throughout time, with fiatlux as a reporter gene. Furthermore, this device for less than $400 permits the tracking of luminescence, contributing to making it accessible to all, only with wood and basic electronic components.

In the framework of open-source, the design and construction process is available here, to enable reproduction by other teams.

Here is a precise list of the material needed for the construction of our box:

Here are the 2D plan designs that were used, that can be used for laser cutting:

Here are the assembly instructions with our advice:

Finally, please refer to our Software page for the tutorial explaining how to use our camera piloting software.