...and fights against excess pesticide use.

Plant diseases are a threat to both local and global food security, and the threat is steadily increasing for instance due to climate change. Farmers all around the world lose yields due to the infections caused by numerous pathogens. When talking to various experts in agriculture, such as farmers and researchers, we learned that there is a lack of an efficient and easy way to detect infected crops. Since the yield might already be lost when the first symptoms of a disease occur, pesticides are often used as a precautionary measure. Unnecessary use of pesticides causes extra burden for farmers and the environment, causing problems such as loss of biodiversity. Therefore, a cost-effective detection method for plant pathogens is essential to improve food scarcity and minimize the use of pesticides.

This is why we chose to design an easy, on-site plant pathogen detection system to fight food scarcity. Our detection system, CropFold, is utilizing the bacterial protein expression system, without actual living bacterial cells. The cell-free nature of our system allows easier user experience while also taking biosafety issues into account. The detection itself is based on a toehold-switch, which is an RNA structure that prevents the expression of our reporter protein. When the detected pathogen is present, the toehold-switch structure unfolds and the color of the expression protein can be seen by the naked eye. The toehold-switch can easily be changed and redesigned depending on the pathogen, allowing the detection of different types of pathogens.

In the wet lab, we have worked with Barley Yellow Dwarf Virus (BYDV) which infects the most cultivated crops in Finland. We created the constructs to detect BYDV with golden gate cloning and tested our constructs in cell-free reactions. We also constructed plasmids to synthesize parts of the viral RNA to avoid using functional viruses as triggers for the detection. In addition, in the dry lab, we have created a library of a few toehold switch designs that could detect other relevant pathogens around the world.

The final implementation approach of our detection system is designed to be a paper-based concept, in which the needed components would be freeze dried onto a piece of chromatography paper. Upon adding the NASBA (Nucleic Acid Sequenced Based Amplification) amplified sample and energy buffer, the detection system is activated and can detect the target pathogen. 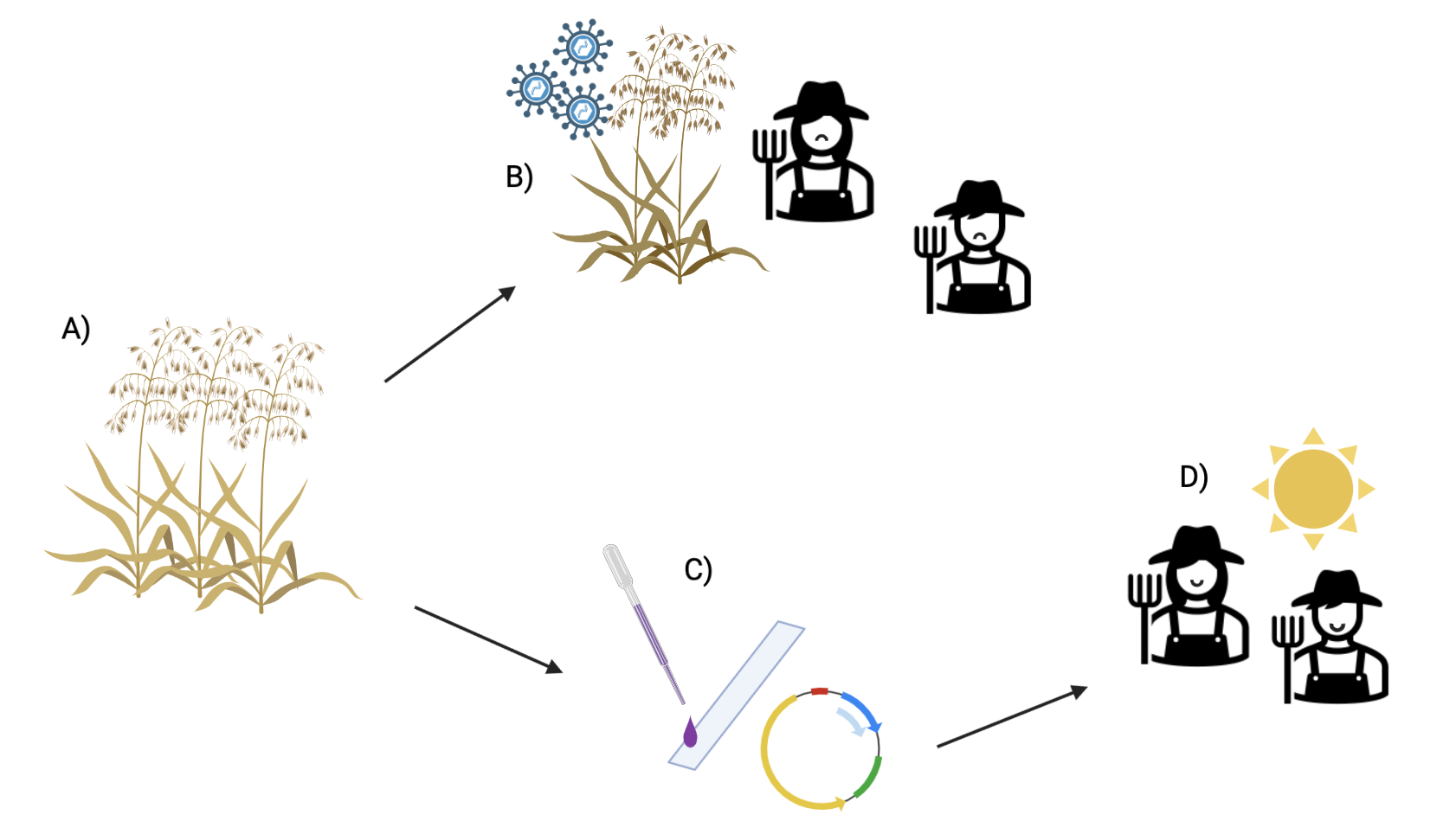 Figure 1. The overview of the project. A) Each year, roughly 2,2 million metric tons of grain is produced worldwide. B) Unfortunately, plant pathogens are threatening the production and thus, decreasing food security and scarcity. Without the proper detection and early measures, pathogens might lead to massive yield losses. C) CropFold enables an easy on-site pathogen detection. The system does not require any special lab equipment or skills. The modularity of the system allows the detection of various pathogens with only minor modifications. D) With CropFold, yields can be secured from pathogens. This enhances food security and scarcity all around the world. Created with biorender.

Figures are created with Biorender.